Emsa Generators Are in Eastern Europe 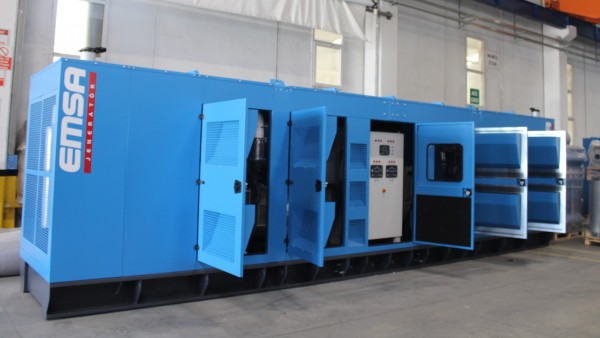 Emsa Generators Are in Eastern Europe

Emsa Generator, one of the few uninterrupted diesel generator manufacturers in Turkey, expands its international market with agreements in East Europe just like other countries around the world. Emsa Generator strengthened its name in the Romanian market in 2021 with the sales of 700 kVA twin generator sets to the largest asphalt centre of Romania.

As it is known, Romania adopted a Western type of democracy as of 2007 and joined the European Union in the same year. Starting from 2007, Romania re-organized its entire institutions to become a European Union country and put a lot of efforts to transform the cities into a modern structure. The roads in the capital Bucharest and surrounding cities have been reorganized for the transportation between the European countries to work seamlessly. At this point, the asphalt centre in Romania plays a huge role. With Emsa Generator’s uninterrupted power sources, the institution takes solid steps towards making Romania the centre with all the transportation opportunities of a modern European city.

Emsa Generator that does not compromise quality at every stage of generator and alternator manufacturing and also deserve appreciation with its sensitivity against the environmental and human health issues is frequently preferred by customers as it is an assuring company due to accessibility provided by the company at all stages of sales.

Download attachments:
More in this category: « Emsa Generator Will Power Bosna-Herzegovina Retail Giant Bingo Emsa Generator Meets The Needs of The Health Sector! »
back to top