Emsa Generators To Be Operational On Ascension Island 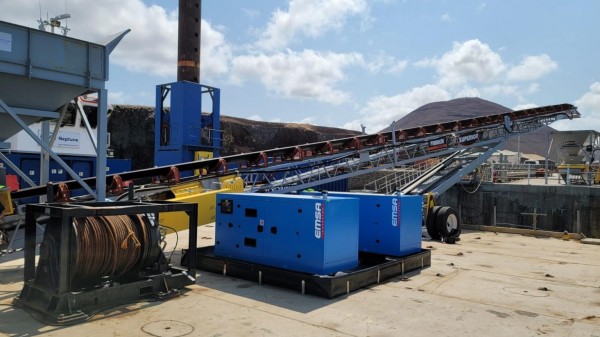 Emsa Generators To Be Operational On Ascension Island

Ascension Island is known as the island of the United Kingdom in the south of the Atlantic Ocean. Emsa Generator, which previously exported to many countries from Eastern Europe to Africa, from Russia to Europe, went one step further with this sale and made the sale of generators for use on an island for the first time.

These generators, which pass all safety tests before use, are meticulously produced by Emsa Group's professional staff in their field. Generator soundproof properties while providing convenience for customers with a remote control system and fuel level, water cooling systems and shows that the fluctuations in an electronic warning system with features such as the difficulties that may arise during the use of the generator has been foreseen and prevent damage that may occur.

Emsa generator's product groups include diesel generators, mobile generators, light towers, synchronous systems developed according to customers ' demands, special solutions such as in-vehicle-under-vehicle generators and portable generators. All product groups Emsa generator aimed at the elimination of the need of the customers, pre-sales, locating, and after-sales installation of generator systems will be used in areas such as transportation and technical teams to the area where the service gives customers when they need it. Emsa generator, which works meticulously to provide a perfect service to its customers with quality products produced in all areas where generators are needed, from hospitals to storage areas, construction to homes, concert areas to ports, is growing its export network every day with the goal of becoming a global company in the generator and alternator market in all geographies of the world.

Download attachments:
More in this category: « Emsa Generator Meets The Needs of The Health Sector! Baku’s Most Rooted Hospital in Under Emsa Generator Assurance »
back to top