EMSA Generators Will Power the Third Longest Tunnel in Turkey 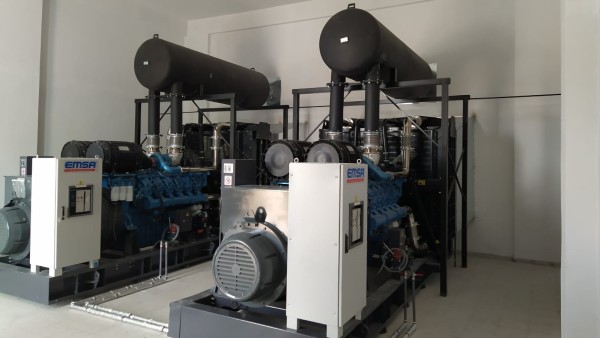 EMSA Generators Will Power the Third Longest Tunnel in Turkey

Generators manufactured by EMSA will be used in the Eğribel Pass infrastructure which will be the third-longest tunnel in our country as one of the most important locations on the Giresun and Sivas route.

The officers who want to create the foundation of the energy infrastructure for Eğribel Pass which is expected to be completed in the next year decided to work with EMSA Generator which is one of the best brands in Turkey in this sector.

EMSA Will Be on The Infrastructure of Two 6km-Long Tunnels

Eğribel Pass will be the third-longest tunnel in Turkey when the construction is completed and the pass preferred generators manufactured by EMSA to prevent power cuts and develop its infrastructure. The generators will be used in this 5.9 km-long project with two tunnels. The tunnels will connect the East Black Sea region with Central Anatolia and southern regions. EMSA will experience the rightful pride to be in such a huge project with its generators.

Baudouin engine in the generator set is preferred for heavy-duty products. This shows that this engine proved itself to work in a heavy-duty environment such as Eğribel Pass.

The alternator has self-warning and the alternator coils have insulated varnish against oil and acid. Also, the voltage regulator against current fluctuations ensures stable current operation during service life.

EMSA aimed to be a global brand when the company started its journey 40 years ago. The brand managed this at a larger scale with exports to 6 continents and 102 countries and the company is well-known for being included in the largest projects in our country. Accordingly, EMSA Generator will serve the tunnel for long years by providing energy support to the infrastructure of Eğribel Pass.

Download attachments:
More in this category: « EMSA Generator Will Represent Our Country in Sri Lanka With Its Support Swisstek Aluminium The Energy of Karabük University Medical Faculty Is Under EMSA’s Assurance »
back to top